This article presents a health care Systems comparison; a comparative analysis of the U.S. and UK healthcare systems.

Comparison of US and UK Health Care Systems 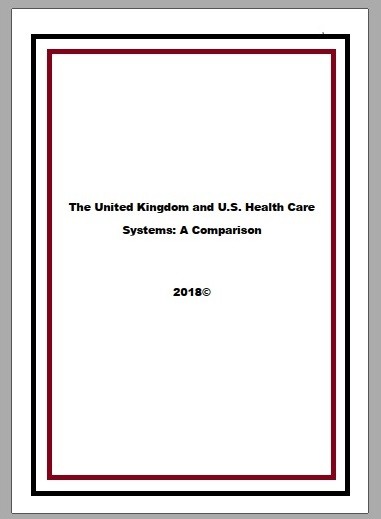 The United Kingdom is made up of four constituent countries; Northern Ireland, Scotland, Wales, and England. The island country has a population of roughly 65,648,000 people with the majority (87.2%) of the population being white. The country’s minority population includes Blacks, Asians, Pakistanis, and other minority groups (CIA 2018). Its population growth rate is estimated at 0.52% while its death rate stands at 9.4 deaths per 1,000 people (CIA 2018). As noted by Parpworth (2016) the country is a constitutional monarchy governed by the rule of law and based on parliamentary democracy. In Europe, the U.K. has the third largest economy after Germany and France. Its GDP was roughly 2.88 trillion U.S. dollars (purchasing power parity) and 2.565 trillion U.S. dollars  going by official exchange rate in 2017 (CIA 2018). Read more …